1. Short background story:
Do you ever have glimpses of childhood memories? Usually something painful like a nasty crash on your bike or the first awkward day at a new school.  I have those kinda memories, but I also have the vivid memory of pure inspiration.  It was the first time I saw a Warren Miller Ski Movie.  It was in Winter Park, Colorado 1977.  It was hypnotic, so much so, that I went every night to see the movie again and again in the hotel theater for the 6 nights my family was on holiday in Colorado.   I loved it!  My destiny was set… most kids would have been dreaming of BEING in a WM movie as a skier, not me,  I was dreaming about MAKING the movies.

Fortunately I have an older brother that is a professional still photographer and he took me under his wing, with camera in hand and a dark room (this is way, way before digital) in our basement my obsession was born.  Years passed while I burned through rolls of film and a decade of bootleg VHS tapes of Warren Miller movies fueled my fire. I was studying hard in my own way.  Then at 21 years old, while studying  at a university film program in Colorado, I literally bumped into the Warren Miller crew on the mountain in Steamboat.  I offered to carry backpacks and tripods, they took me up on the offer and I spent the next 4 days living my dream, at the “Warren Miller Film School” studying under Brian Sissleman and Gary Nate, the greatest WM cinematographers of the day.   I shared my own self produced 16mm ski films with them and at their recommendation, I sent them to the WM home office.  Upon review my early film work granted me passage to the next level… more tripod and backpack transport… this time in another corner of Colorado, then Oregon, then New Zealand and Argentina. I was waiting patiently for my chance to get behind my own camera.  The day did come, but only after my “graduate program” at the WM Film School where I studied along side cinematographer Bill Heath, a Canadian filmmaker that was pumping a new, very creative and progressive POV into the annual Warren Miller movies.  Now just a year after my faithful meeting with the WM crew, I had bounced around with them chasing winter on both sides of the globe,  It was a dream come true. 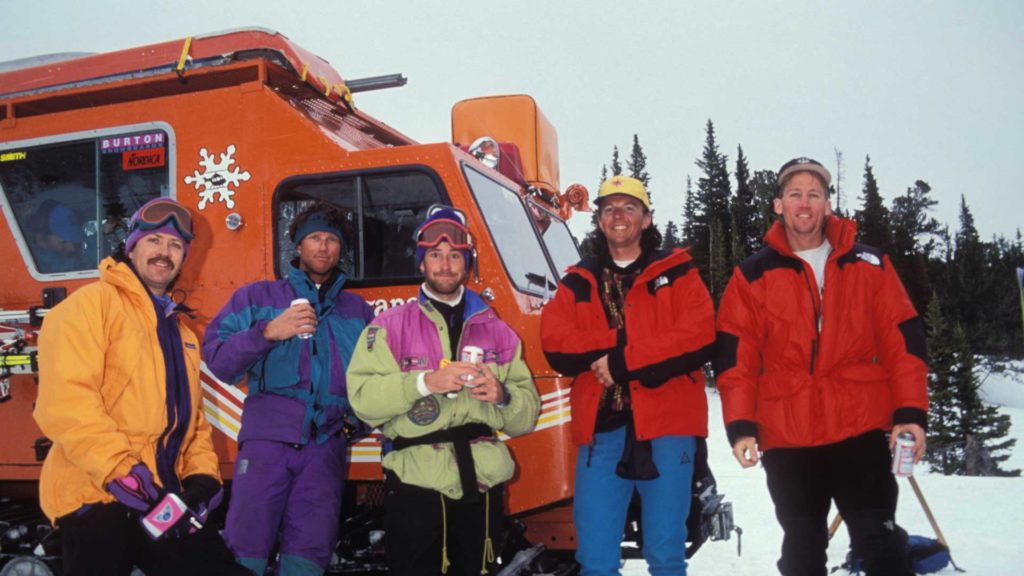 Fast Forward to today… At 49 years old, I’ve now worked on the annual Warren Miller ski/snowboard adventure movie for nearly three decades, criss crossing the globe with a movie camera in hand and skis on my feet,  accumulated over 325 assignments in the far reaches of China, Russia, India, Nepal, Morocco, Kazakstan, New Zealand, Kenya and even Scotland.  As well as the more typical haunts in the the Rockies, the Alps, Scandinavia, Japan, South America and of course heliski lodges in Canada and Alaska.  It’s been a great ride and as we speak, our team is deep into the production of our next movie, the 71st annual Warren Miller Feature Film – we are all so lucky that Warren started this chaos all those years ago, inspiring millions of skiers/snowboarders and even a few filmmakers to follow their dreams.  I don’t know whether to thank him or blame him for completely screwing up my life

2. Your first meeting with Warren Miller, and how you got involved with WM productions. Seems like I covered that in my “Short History” above.

3. What did you find inspiring about WM? I loved the far reaches of the movies, the  Exotic places that they filmed – when I was a kid I remember them skiing in Morocco and South America  or Antarctica.  I wanted to do exactly that with my life. 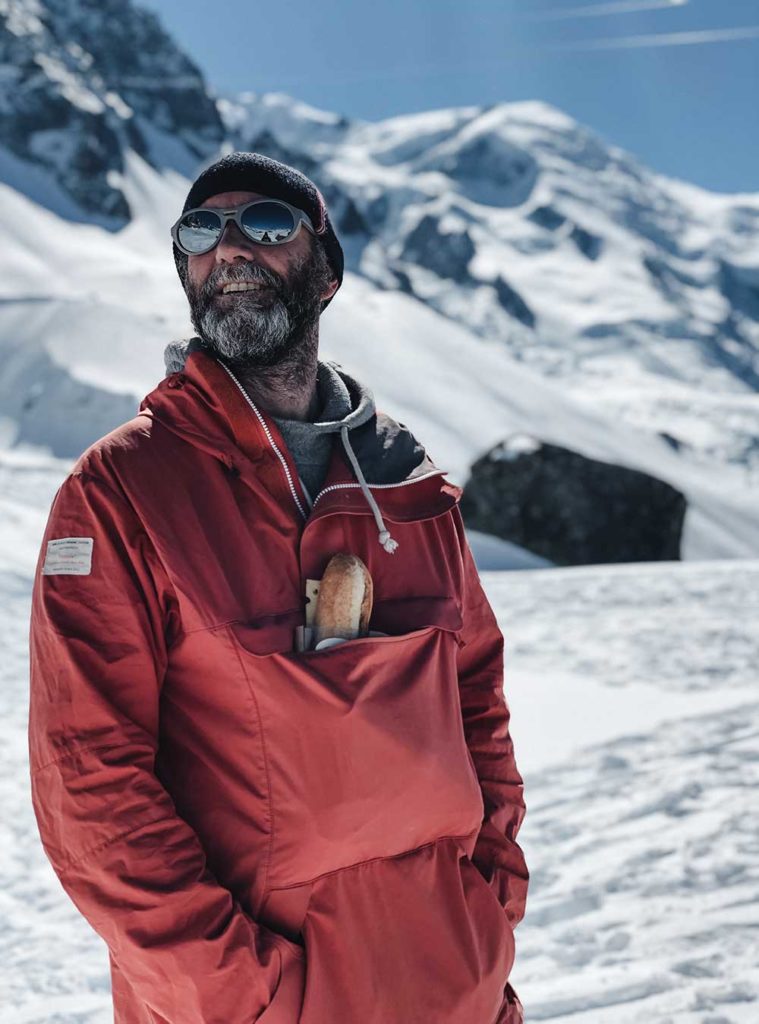 4. Share some details of your work with “Inception”?
Over the years I’ve had many film opportunities outside of the WM film.  I’ve directed/filmed dozens of TV commercials selling everything from cars to deodorant.  Along the way, I also have had the chance to work on a few big feature films, the most exciting and noteworthy was my work for Hollywood director

Christopher Nolan.  He along with his cinematographer Wally Pfister hired me to be the director of photography for the “snowy” action sequences in the blockbuster INCEPTION.  Again, it was like my early days at Warren Miller – a tremendous learning experience – what I now call my “Chris Nolan Graduate Film Degree.”  What an opportunity that was,  I was in charge of filming all the ski/snowmobile chases, avalanches and lots of wintery gun fights – it was incredible to work on a movie of that scale and collaborate with the top tier of Hollywood’s best crews.  I had an amazing experience and cherish every moment I had to work alongside Chris and Wally.  It led to many other opportunities with them and our hard work was ultimately rewarded with the highest praise, winning the Oscar that year (2010) for Cinematography.  Yep, I have the gold statue at home to remind me just how awesome it was to be a part of that mind-blowing epic.

5. How did you first hear about Amundsen Sports? I came across Amundsen while in Norway, I stumbled upon it while at a ski shop in Oslo. That was around 2013.  I loved the attention to detail and I have always been a fan of the anorak style.

6. Why do you prefer Amundsen Sports, in favour of other brands?
I’ve had a chance to try everything during my time in the ski industry, over the years I’ve always had my eyes open for products that make it possible for me to do my job just a little better.  Sometimes that “edge” could be found in piece of technical camera equipment, a custom camera pack and I’ve even testing all the the skins available to find the set that works best for me and my specific needs.  When it came to my outerwear I found that Amundsen offered the best fit, fabric and design for my daily grind. I can’t believe the durability of the fabric used to make the Peak Anorak & Pants, this material combined with the simple anorak design is exactly what I need, no excess, just comfort and dependability in all the details, be that the zippers, cuff, hood and pockets.  It’s all been tested and tweaked by a team of passionate adventurers who personally use and perfect the gear in the field.  That commitment to design is what I’ve found helps me excel – from my gaiters to my lenses I want equipment that allows me to work efficiently without excess. 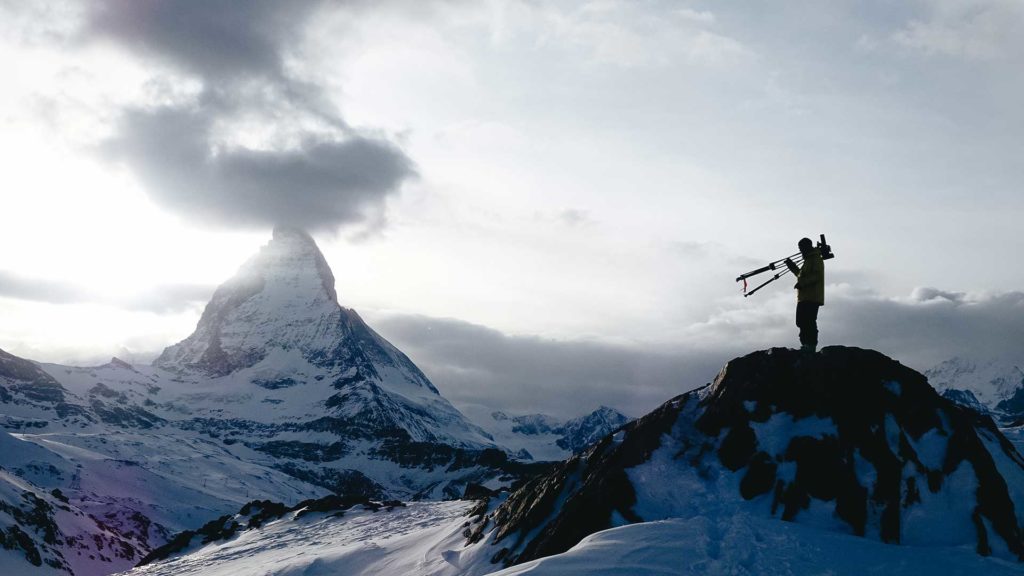 // Peak pants and Anorak. Bomber function and thoughtful minimalism – that’s all I need.

// Hooded Sweater – you can always count on wool and a solid hood in the nastiest of storms.

// Two Hummocks Wool-Inside Anorak (sized up to pull over the top of everything).The best design detail on on the Two Hummocks is the fleece lined pocket to stuff my gloves and keep my hands warm while I’m working with the camera.

// The gaiters are also one of my favorite pieces, I have them at the ready all the time – either on the mountain or taking the dog for a snowy walk in the woods. I combo them with the Knickerbockers for full function and timeless style points.

Note: I always size up my clothing for a loose fit that I can layer everything over/under.  I’m 5’9” and I wear XL in almost all the Amundsen apparel. 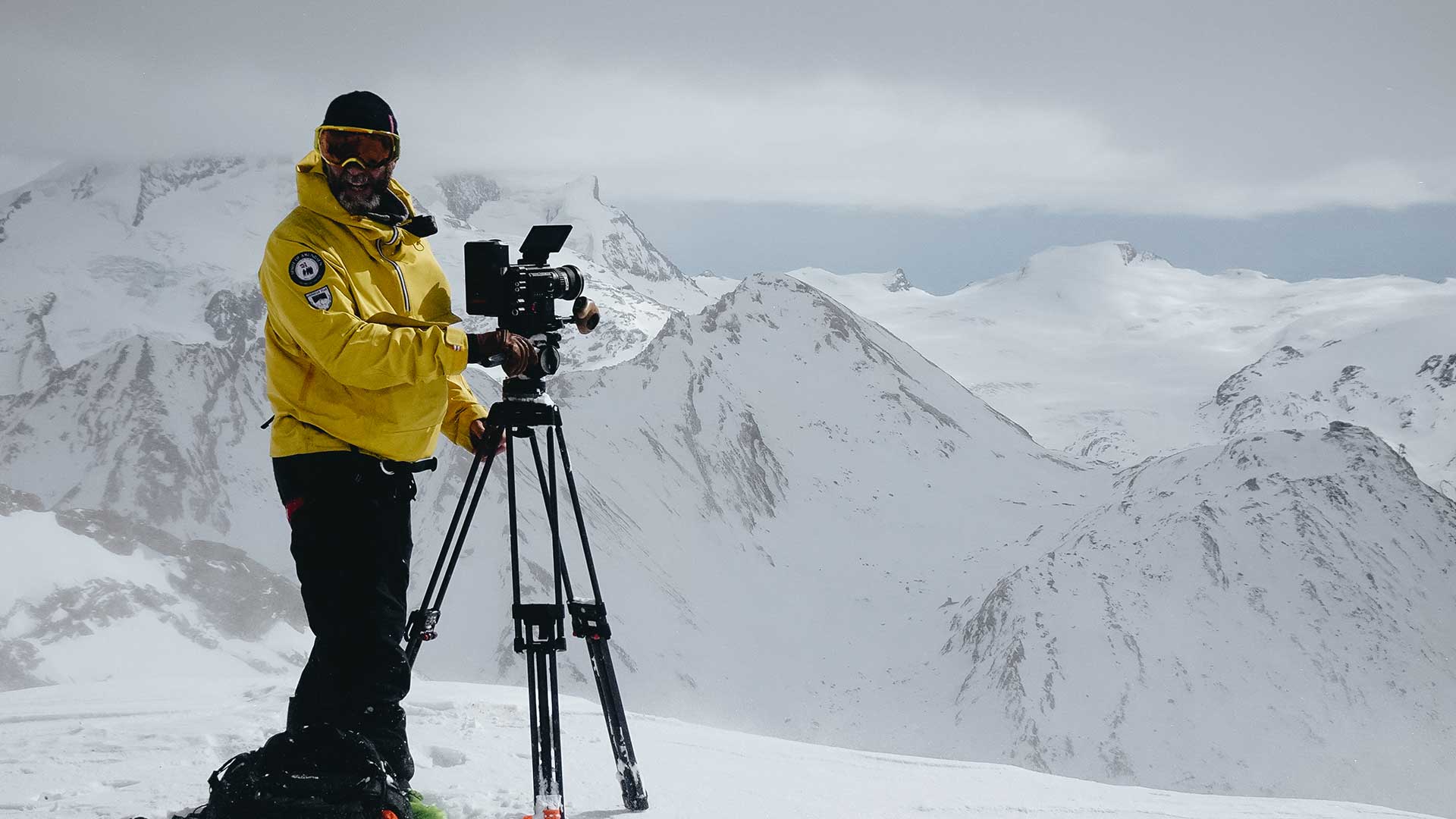