Alex, Levi and JC took off towards The Great Sand Dunes for a 24h adventure in the vast wilderness of Southern Colorado. 342,6 km² of sandy dunes to conquer.

We were eager to experiment with our Rønning Skis. As you may have previously seen, we like to ski year-round. Finding dry/yellow spots on grass have been a fan favorite so far so we had to take them for the ultimate test on sand.

Heading into the National Park we got into a chat with a local that shared a brick of wax with us, stating that it was the secret ingredient for obtaining speed on sand. At first, our logic told us that wax would probably only slow us down, how wrong we would end up being…

Planning on spending the night we carried all our necessities plus the little extra. We like to make ourselves comfortable in the field, and if that means heavier packs, it will only make the trip more worthwhile. Beef stew and beer for dinner before we fell asleep under one of the most magnificent starry nights we have ever witnessed. 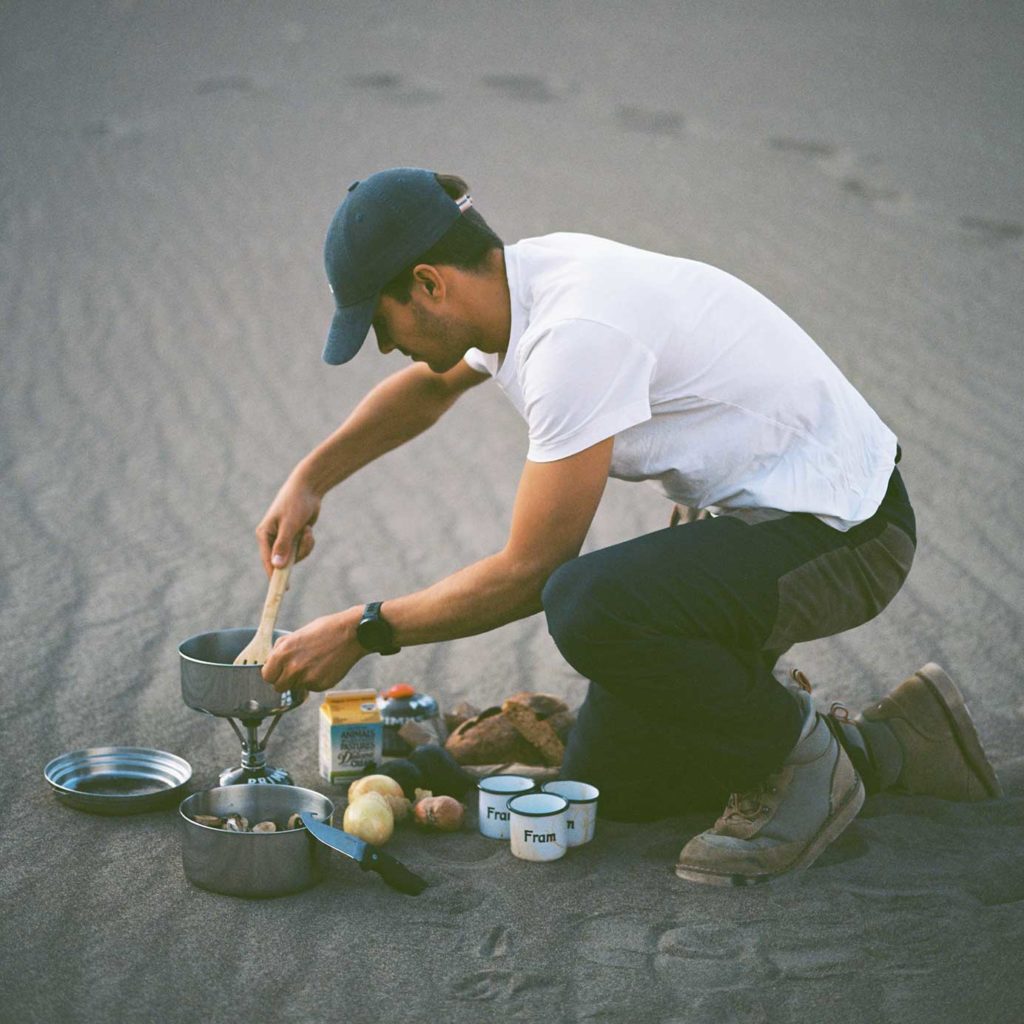 Crispy mornings got redefined out on the dunes. To the east we had Mt. Herard (13.345ft), and to the West the vast plains of Hooper County. Walking around we had a hard time comprehending that we were still in Colorado and not in the middle of the Sahara desert. 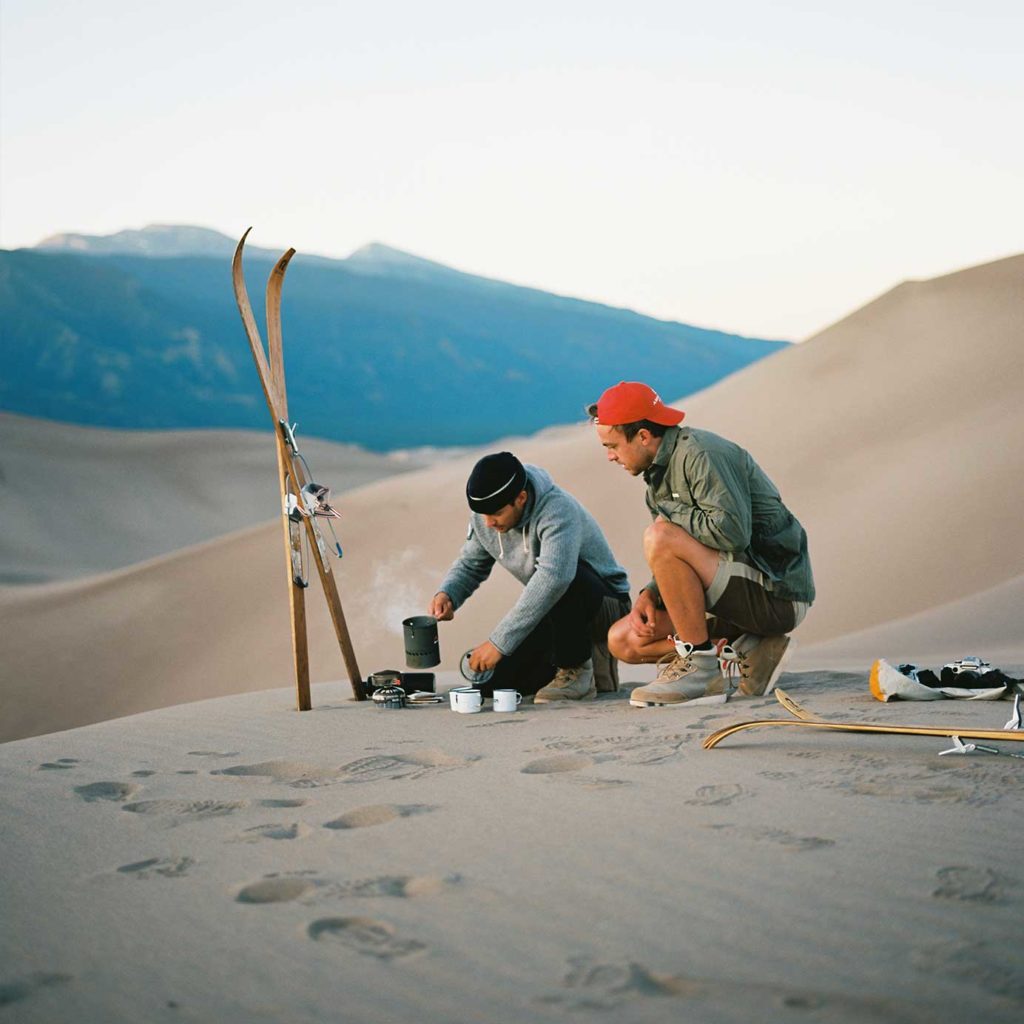 Levi & JC cooking coffee in the AM (Photo: Alexander Beal)

Coffee, scramble eggs and thick bacon slices were inhaled before the ultimate wooden ski test on sand. We took a couple of test runs surrounding our camp (no wax) without much luck. The skis were laggy and slow… It was time to test the wax. A thick layer was applied to the entirety of the sole before Levi dropped in. It worked! He flashed down the hill with great speed. 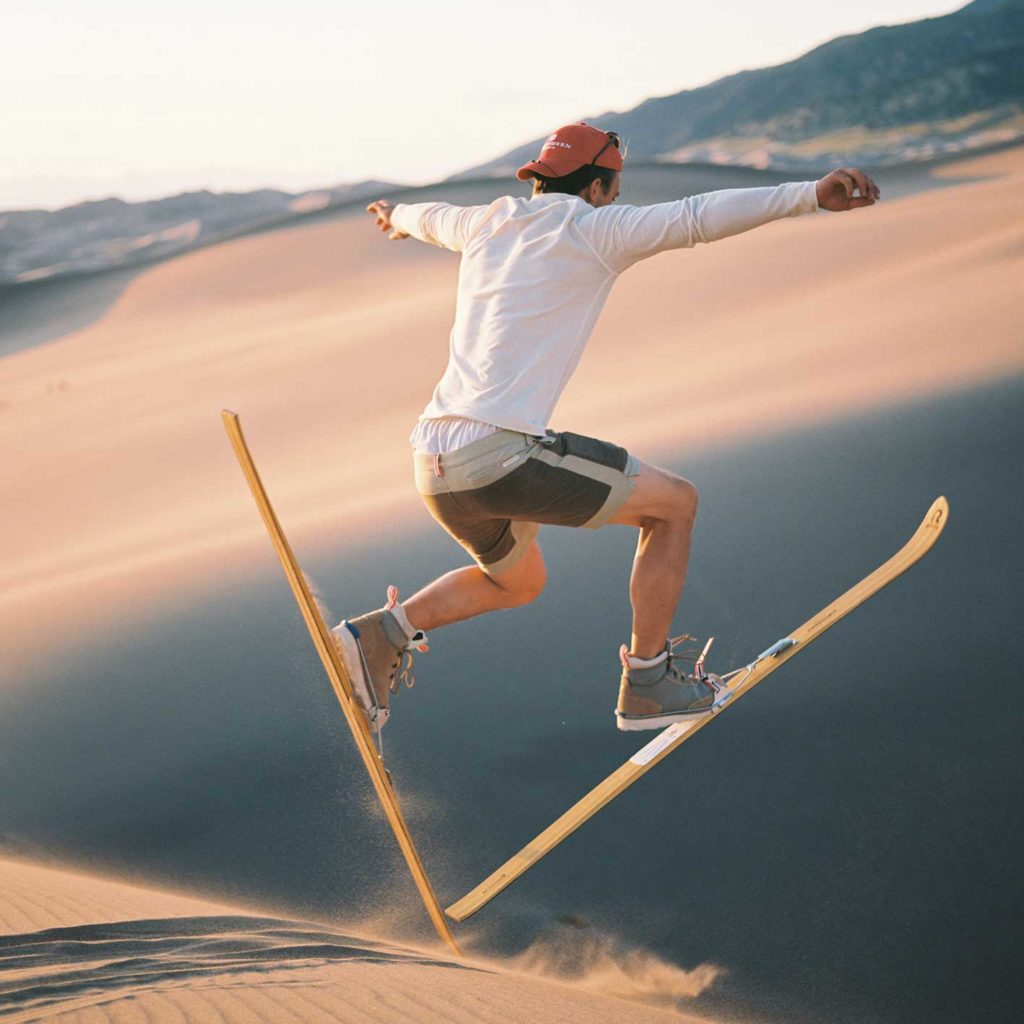 After becoming more and more comfortable we started to take on bigger and more advanced lines. We even attempted to build a kicker, but lack of speed halted us to charge and fly. Though, what we found more efficient was to pick out natural banks of plants and thicker gravel to charge out off.

This activity was epic. Not only did it work, but also skiing surrounded by dunes of sand was truly unique. We will be back!

Alexander Beal, our newest team-member in the United States, threw it back to the good old days with only shooting 35mm and medium format. And that comes with a risk of not collecting any memories if you get the settings wrong. But as the talented photographer he is, our adventure was captured in the best way possible.

-Play well out there- 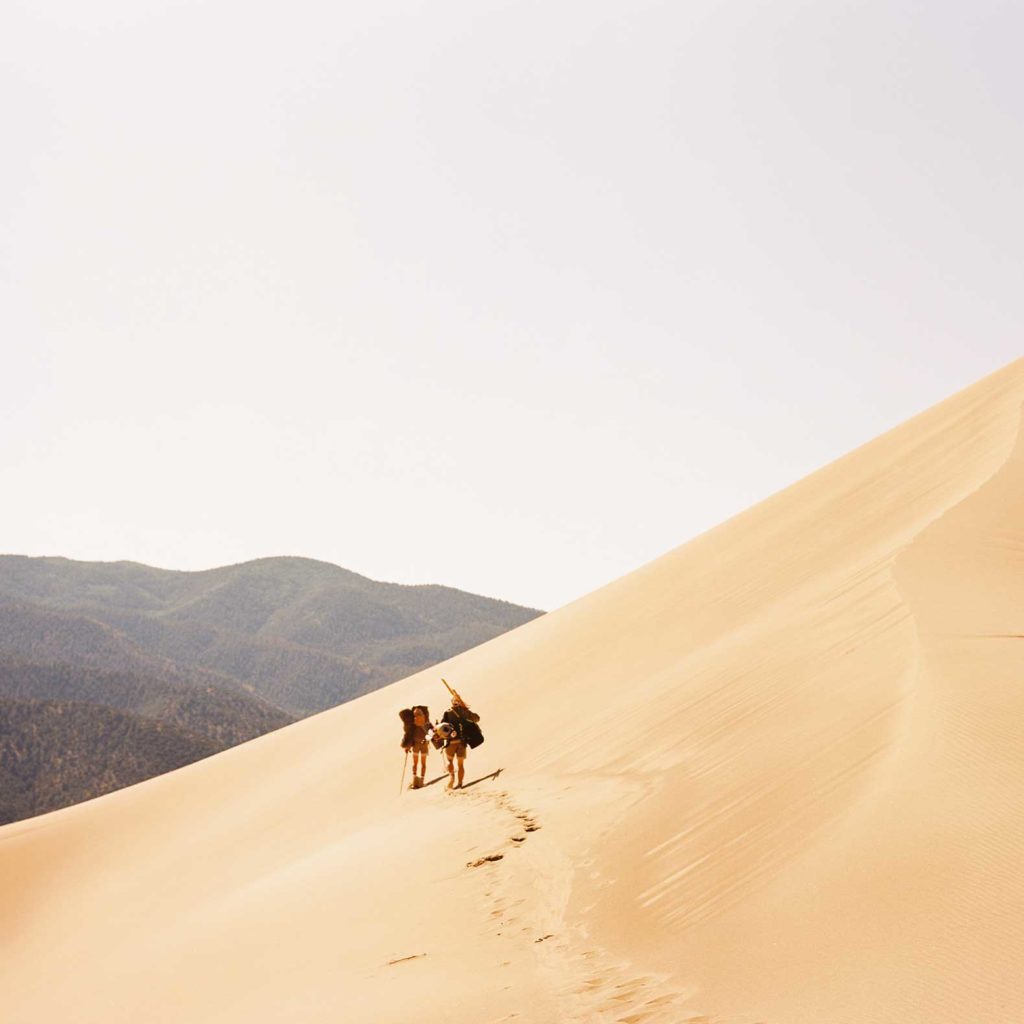