The musician from Norway, Håkon Erlandsen, aka Jazzathlete, reached the top of Mount Everest the 16th of May. Most people already push their limits when carrying one bottle with oxygen and a thermos on the way, but Håkon included his saxophone in the backpack on his journey to the highest mountain in the world. The ambition was to play the first concert ever on the summit of Everest, where the 8848masl/29028ft only guest 30% of the oxygen compared with sea level. A factor that makes every movement up there very demanding. And to then play saxophone in this environment has by many been assumed to be impossible, something Håkon wanted to disprove. In the low oxygen and very cold weather, Håkon unpacked his custom made Yamaha saxophone, ready for perform.

“The risk of also doing extraordinary stunts is very high. After all, one must walk all the way down again safely” 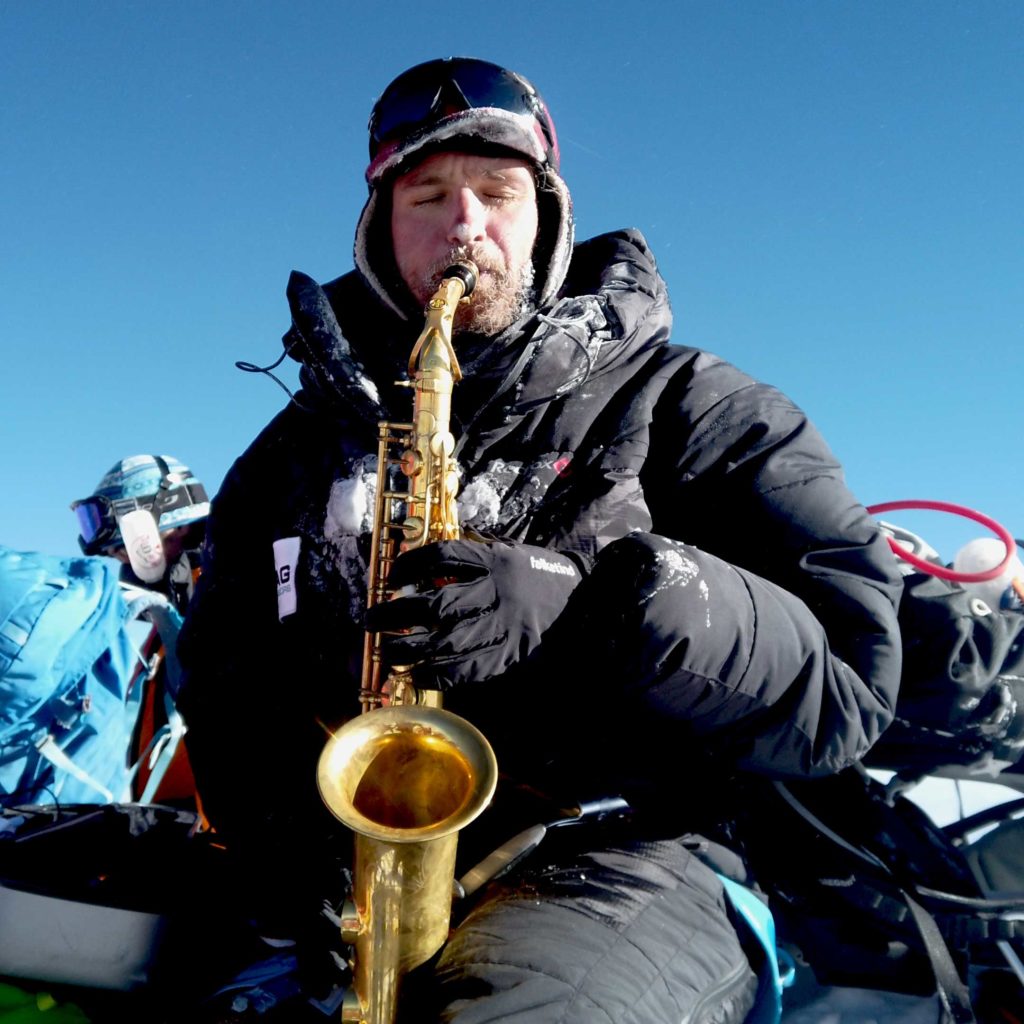 There were no high hopes to perform a very long concert, since the temperature and the lack of oxygen could give fatal consequences. He even had to sit down during his performance to not faint and fall of the summit, a place where most people depend on supplemental oxygen in order to survive. The combination of a saxophone in metal and the cold weather gave Håkon frostbites. During the performance he lost the feeling in six of his fingers and froze four of his toes. Pretty stupid one might think, but these were facts Håkon knew could, and probably would happen.

‘’To climb Everest takes tremendous amounts of energy and focus. The risk of also doing extraordinary stunts is very high. After all, one must walk all the way down again safely.’’

But to play concerts in high altitudes is not unknown for Håkon. He holds the previous record of the worlds highest concert, when he played on his saxophone at the summit of Aconcagua(6962masl/22841ft) in Argentina last year. 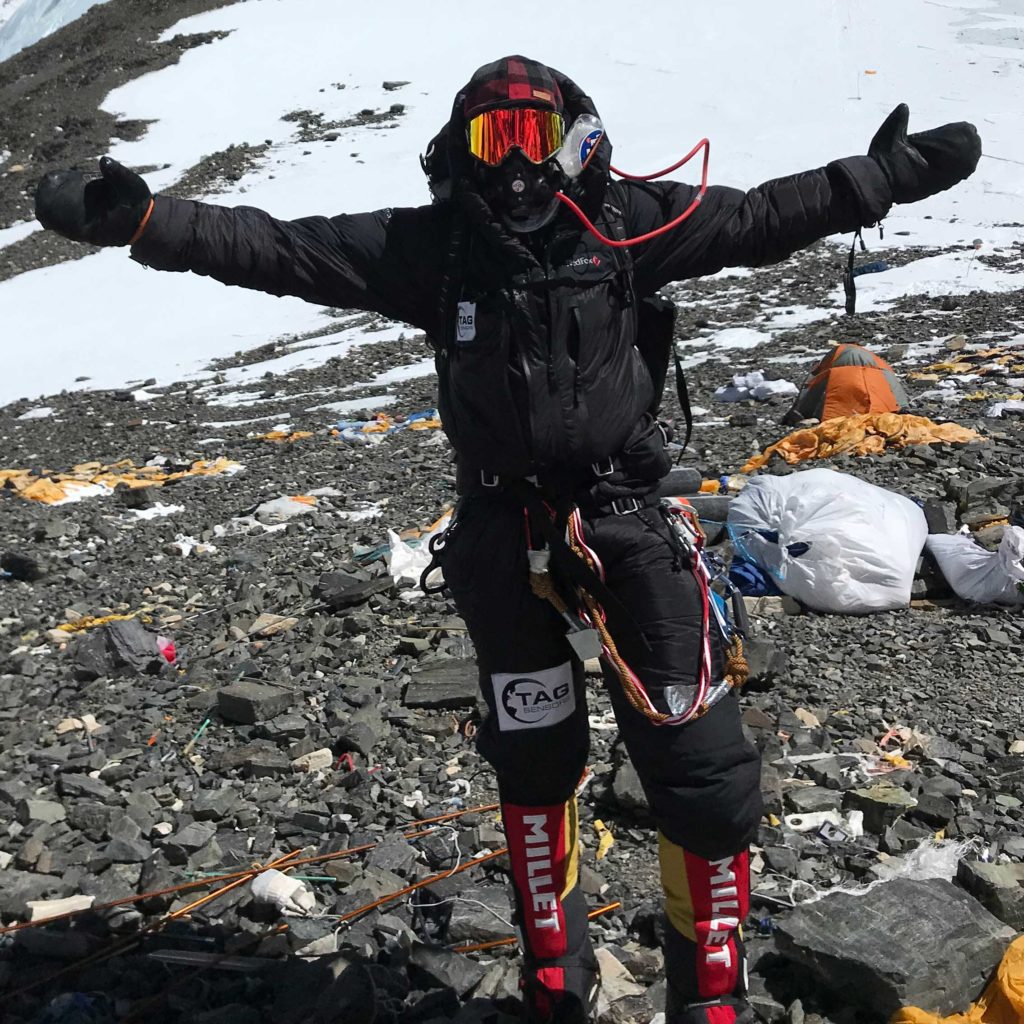 Håkon is currently doing a project where he climbs the highest mountain on every continent, a concept known as the ‘’Seven Summits’’. The saxophone is always in his backpack, and on the summits he performs original music. ‘’On the journey up these mountains I compose a symphony, inspired by the continent I’m visiting, the people I met and the culture I vander trough. The journey then forms the music I wright.

On my way up Everest two people died, one outside a tent just next to me. I also saw two other dead bodies laying in the snow. In contrast to the extreme feeling of reaching the summit, the story and the dynamics in the music gets rather unique when my experiences translates into music. When I get back to Norway I arrange my music for an orchestra of 60 musicians. The goal is the convey my experiences and travels trough music and video to those who not has the chance to go to these places. I belive that if I am to present my emotions an impressions accurate enough, words would come short. I need a big orchestra at hand to convey the emotion of standing at the top of the world, or seeing a dead body for the first time.’’

How was the feeling of going up Mount Everest?
‘’It was really demanding both physically and mentally. Is such altitude the body need a long time to adjust to the low oxygen, which made us live at 5300masl/17388ft in basecamp for a long time. We lived in a tent on top of a glacier in a place where avalanches happened around  five times daily. It’s really tough mentally to be in a constant risk for so long. And up the mountain it did not get any easier. With my saxophone as extra weight, gaining altitude was hard. I wanted to throw that damn instrument every step to the summit.’’

How was the concert at the summit?
‘’I was extremely could under the whole performance. On the end of the song ‘’Everest’’ I had no feeling in my hands, and I could not feel that I was pressing the wrong buttons on the instrument. And also performing without oxygen, my head wasn’t operating 100%, so I made many minor errors. But I did not go there to perform the most beautiful concert in the world, I just wanted to prove that the concept is possible. And create a unique musical story that I can later use. I strive that humans push limits and evolve, this is my way of taking responsibility.

There is being made a documentary series of the concept Håkon is doing. Music and mountains has before been combined, but not as intimate as the reality he gets across on his expeditions. Throughout 2019 he will also climb Elbrus(5642masl/18510ft) in Russia, Carsteinsz Pyramid(4884masl/16023ft) in New Guinea and Vinson Massif(4892masl/16049ft) on Antartica. After that you will be able to see Håkon perform the music from all the worlds continents in a global project with a lot of contrasts and emotions. ‘ 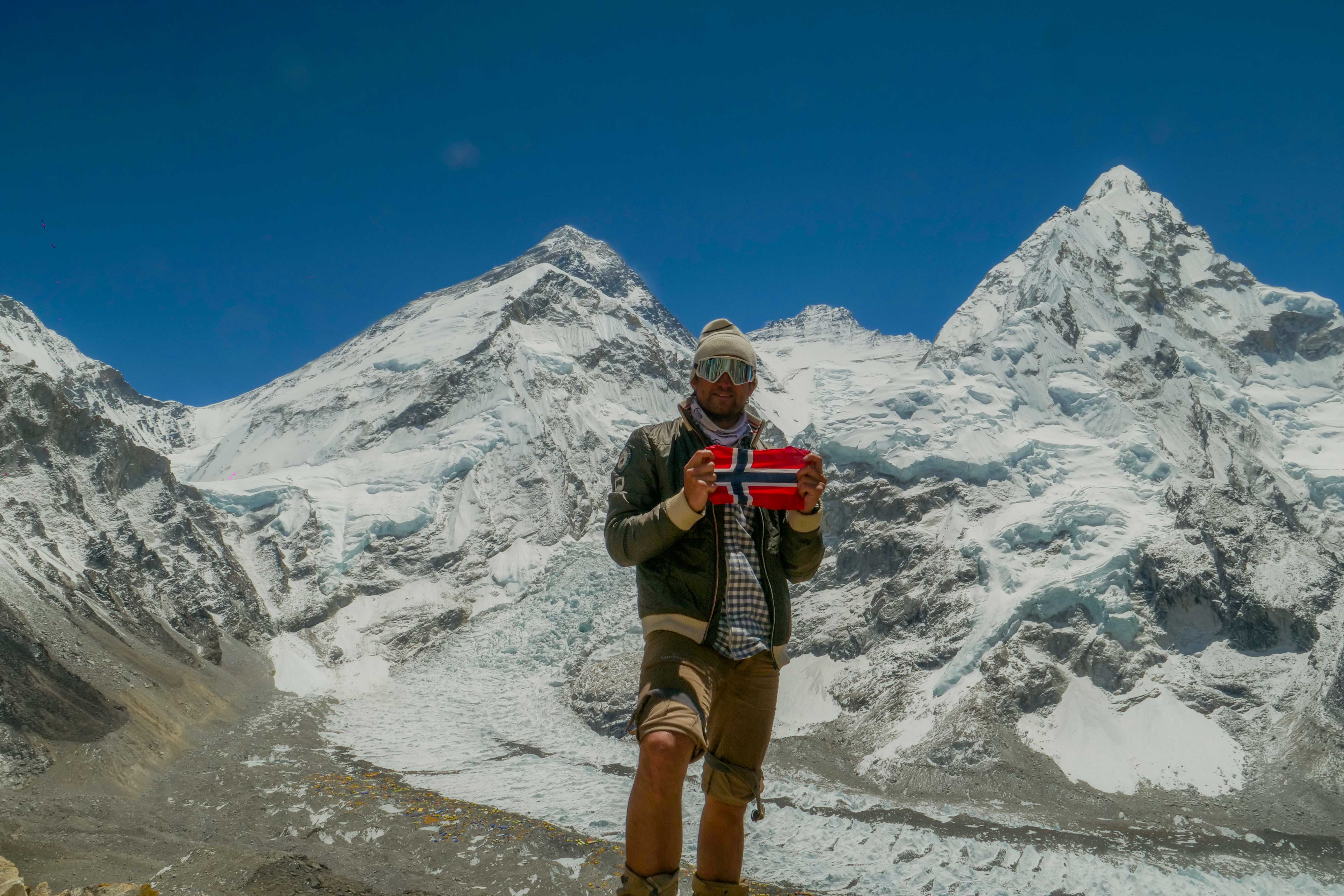