We woke at 4:30AM by the spine tingling sound of male lions roaring. Silently we listened from the tents as they communicated across the savannah. The roar of a lion is so distinct and raw, especially as we set up camp in the middle of their territory. As the sun hit the horizon, the roars disappeared in the distance and we had just experienced a very rare and brutal alarm clock. First thing first; coffee time. The sunrise have become one of the absolute highlights of every morning, so we get up while it’s dark to prepare breakfast and coffee to enjoy the view.

Today we had a long leg ahead of us. First stint was along the border of the Kalahari Game Reserve for 90km towards Maun. Maun is one the few places in Northern Botswana to collect necessities, fuel and phone reception. With close to 50.000 inhabitants we had the pleasure of chatting with locals and part-taking in a Wednesday afternoon at the grocery store. 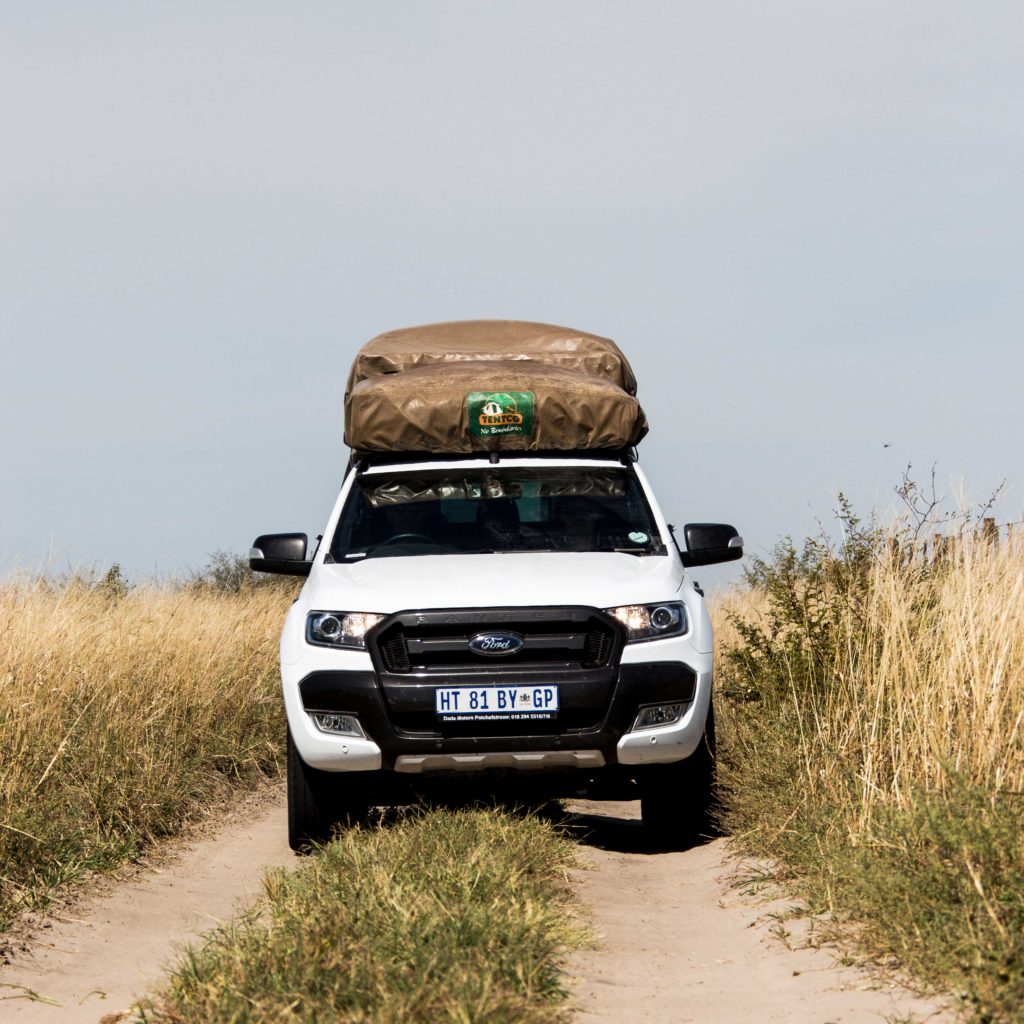 Postcard: On our way towards Maun, Botswana

After fueling up on diesel and food in Maun we headed North again. Our destination for tonight was the small village of Kwai, surrounded by rivers and delta’s, apparently a hippo’s paradise!

It is remarkable how quickly we isolated ourselves from the modern society. 15 minutes outside of Maun we were in the midst of it again with deep sandy roads and wild animal experiences. Rolling into the Moremi Game Reserve, elephants and zebra’s started to emerge as the weather cooled. Cruising along towards the southern entrance I learned that only 30% of the Moremi Game Reserve is mainland. The remaining consists of river’s and delta’s, which enables a very unique composition of vegetation and animals. As the the soil dries up during the dry-season, animals from habituating in the South will migrate North and pass by the Moremi Game Reserve on their search for water. 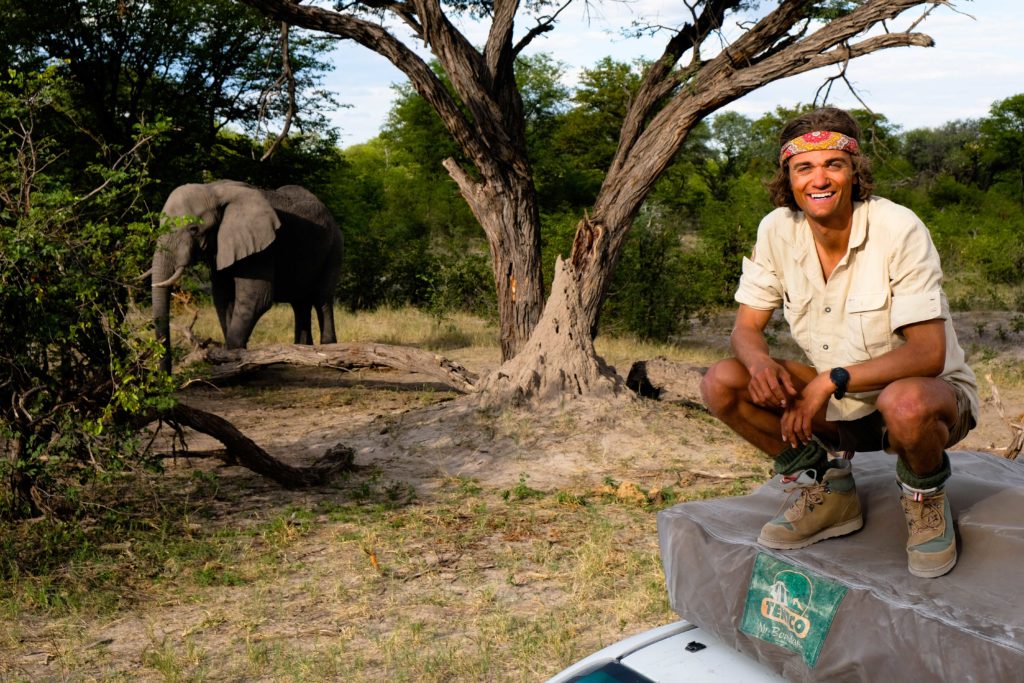 Postcard: Trygve in good company with one of Moremi’s “Big Five”

We passed through South Gate in the late afternoon to take on the last stint of 50km towards Kwai. For us Norsemen, the sandy driving is fairly similar to driving on snow and our 4×4’s have made it easy for us this far. We cruised along to observe animals and yet another stunning sunset on the horizon. As the dark fell we reached the Kwai Bridge to cross the Kwai River. Rumbles and grunts from the hippo’s shot along the delta as we positioned our cars on top of the wooden logs. Slowly we moved across the river and into Kwai. 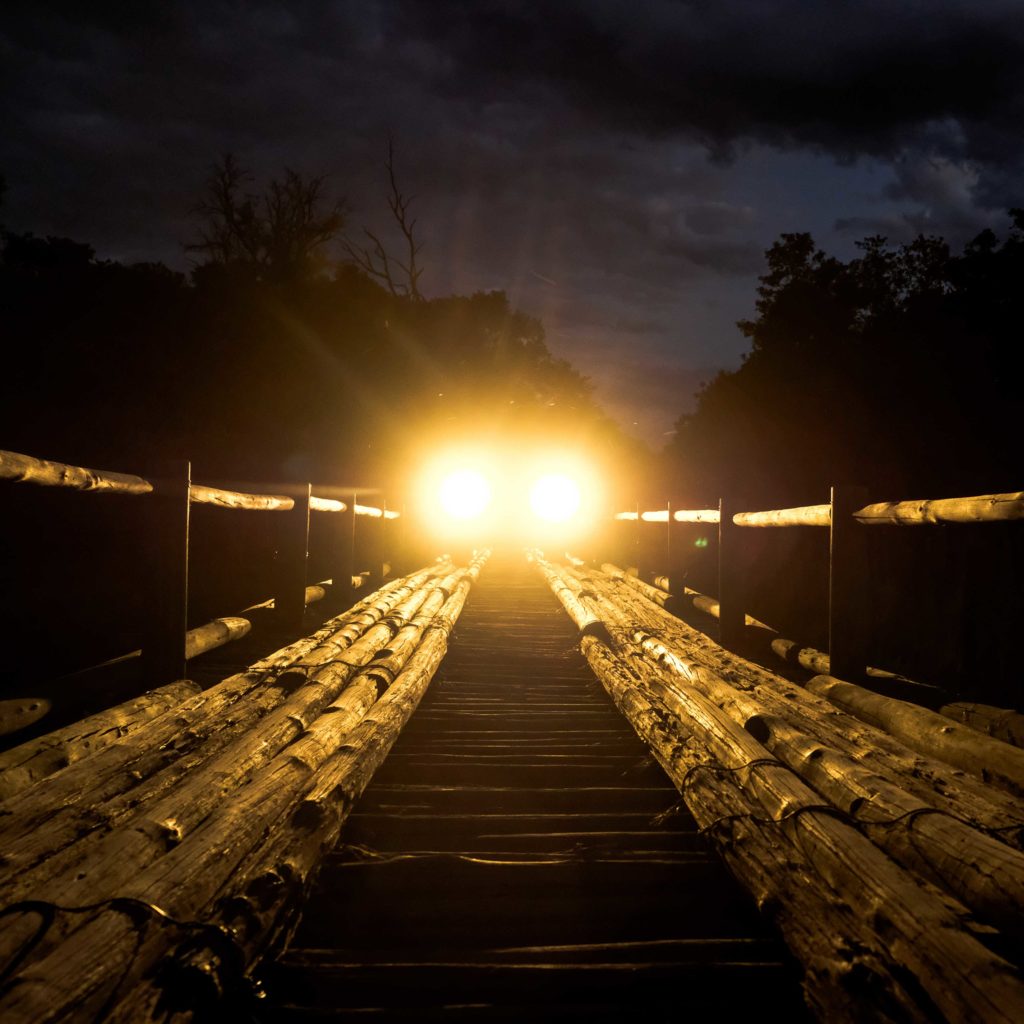 The village of Kwai have approx 400 citizens were the majority of them partake in their main industry of eco-tourism. This is right up our alley as the stark contrast to mass-tourism that scorches throughout Southern Africa. The Okavango Delta and surrounding areas are fragile and are treated with the highest regard of respect and concern for the wildlife. Restrictive caps on visitors enables us to have an isolated experience with the environment, and the animals are enable to chose habitats uncontested by humans.

Tomorrow morning we will go out on the delta’s in dug-out canoes, locally known as “Moroko’s”. Stay tuned! 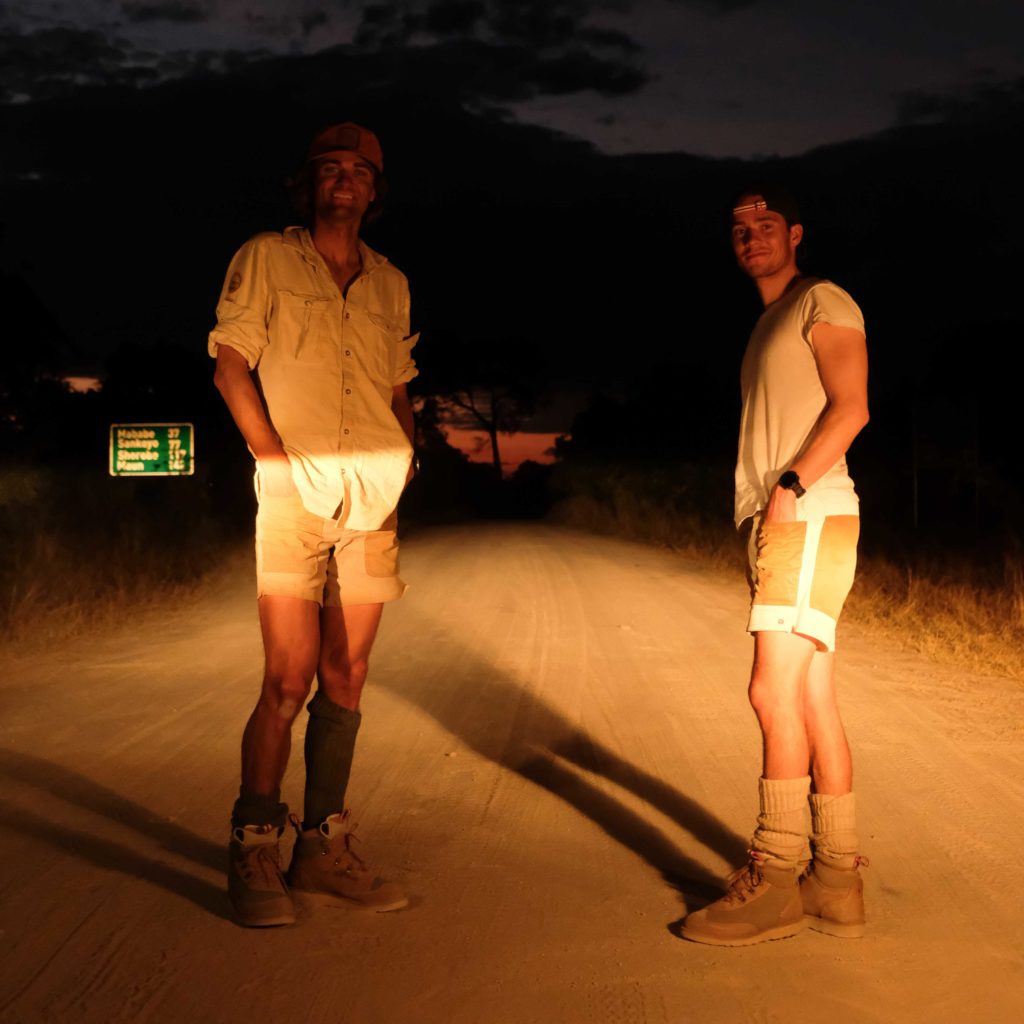