In December 2011, we celebrated the 100 year anniversary since man first reached the South Pole. To mark the centennial, we had been planning an expedition back to Antarctica.

The obvious choice might have been to retrace  Amundsen’s footsteps to the South Pole. However, it seemed more intreaging to venture on an expedition in Amundsen’s spirit – and thus began our journey into untrodden territory.

The main goal of the expedition was to undertake a pioneer ascent of an unclimbed mountain, alongside testing our newly developed clothing in their true elements. 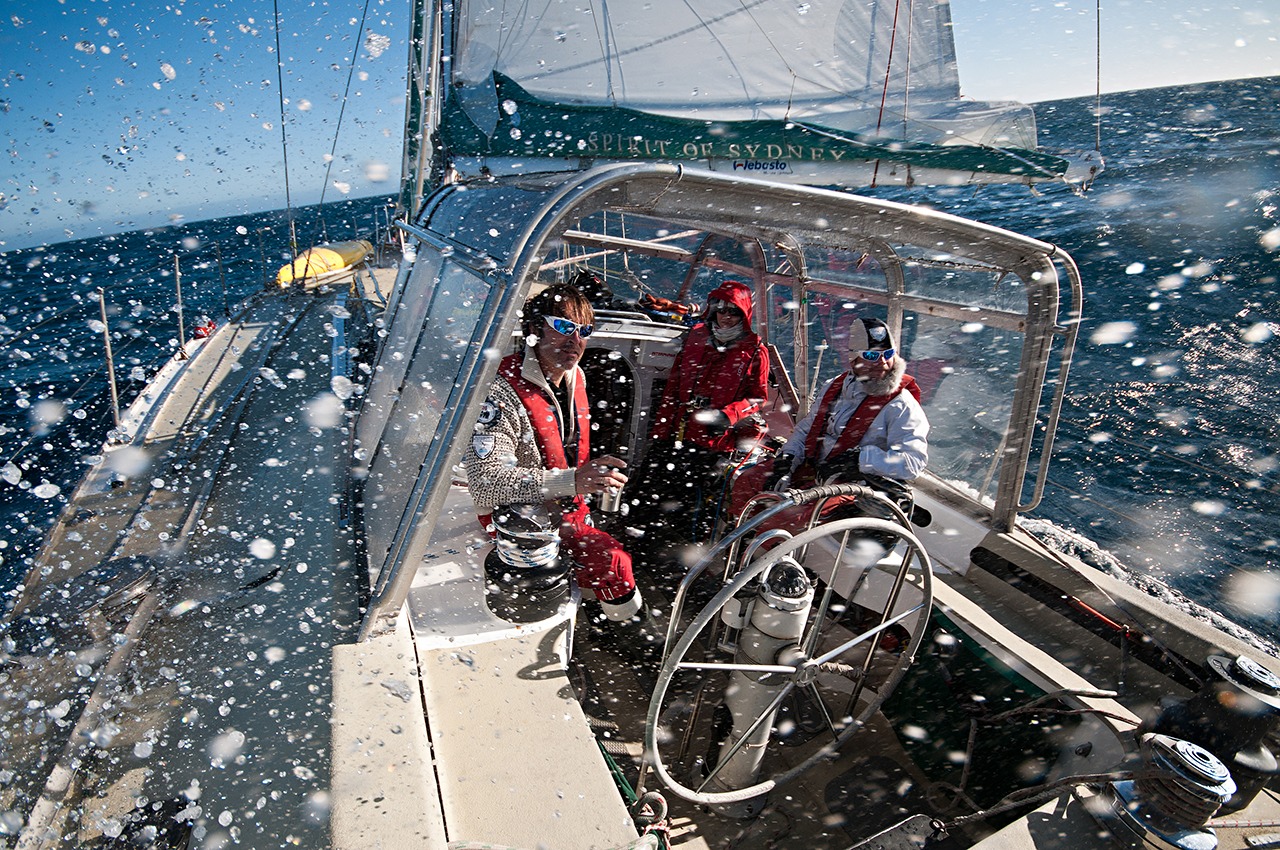 There is only one way to get to the Antarctic Peninsula, and that is by sea. We set sail from Ushuaia, in the Spirit of Sydney – a 60 foot yacht with track record from the Whitbread Round the World Race and several other offshore races.

Our first obstacle was to round Cape Horn before heading into the dreaded Drake Passage.

We were blessed with favourable winds and were able to cruise down the Drake with moderate tail winds – and reach Antarctica after only 4 days.

After days at sea, reaching Antarctica felt like entering a new world. Peak upon peak, pinnacles, ridges, glaciers, and the icebergs in every shade of blue and white seemed never-ending.

The route to the unclimbed mountain we had located in satellite images a few months earlier, required us to venture into an area in which no man had ever set his foot.

Due to the small size of the yacht, we were able to go into narrow bays and shallow waters. After finding a suitable spot in the ice, we unloaded all the equipment needed for our journey up into the mountains and sent the yacht with captain and crew back to safe waters.

The Antarctic Peninsula offers great contrasts. Leaving the coast behind us with its vast wildlife, heading into the mountains without any signs of life whatsoever, was again like entering a new world. 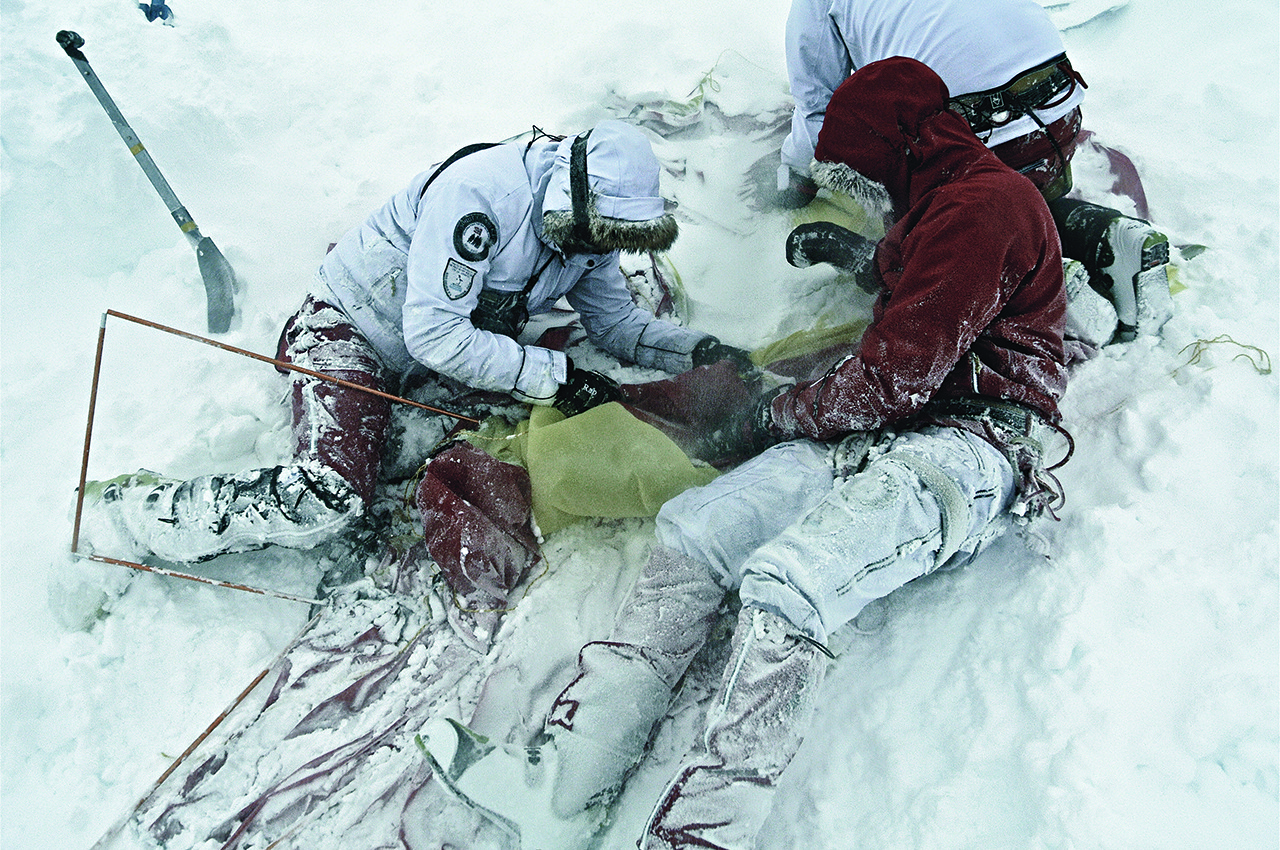 After several days of hauling heavy equipment we had a difficult time locating a suitable spot for our basecamp among all the crevasses.

Basecamp was finally set up on a secure area of about 40 x 80m. As we now found ourselves on untouched ground, we named the basecamp Framheim. This was to be our home for the next two weeks.

We didn’t have to wait long for Antarctica to show her muscle. We woke up to a storm the first morning, which trapped us in our tents for 4 days straight. The days with such rough weather allowed us to test our knickerbockers and accompanying products in their true elements. It was gratifying to see how well they worked – when moving in and out of the tents, instead of having to shed a regular pair of pants in the fortent, we could simply slip off our gaiters and enter the tent dry and clean. Beside breathing opportunities and flexibility, this is one of the clear benefits of the knickerbocker.

The maps of these grounds have only been created from the air, which at times made navigation difficult.

But knowing that every step we took was the first man made ever, was truly special. 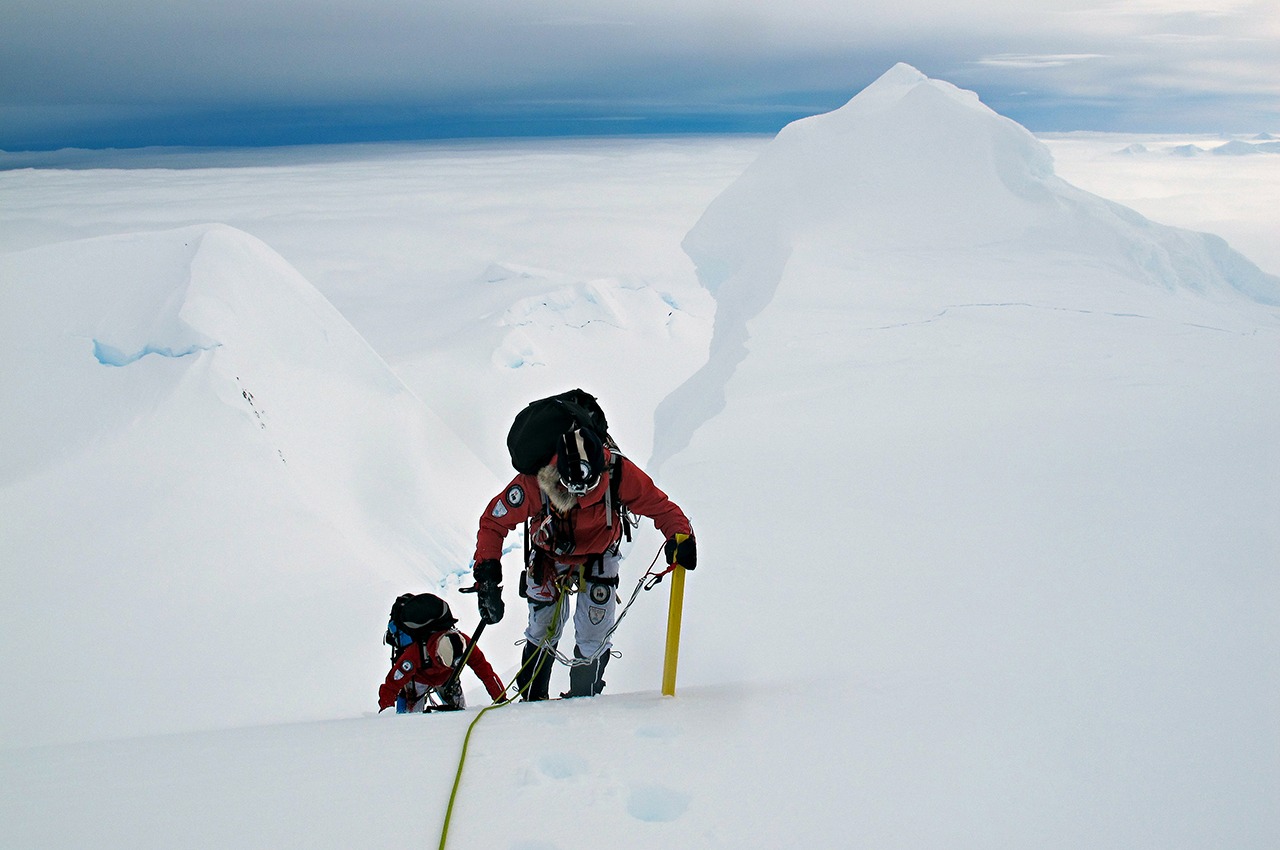 FIRST ASCENT OF AN UNCLIMBED MOUNTAIN

Time and again the weather caught up with us, preventing us from climbing the mountain and forcing us to return to camp. Some days we would dig ourselves down in the snow on the mountain to wait, in vain, for better conditions.

On 14 December – the anniversary – Antarctica showed us her most charming side, and offered us the chance we needed.

Just before midnight, we reached the summit. With spectacular views all around us, we named the mountain Amundsen Peak,  as a tribute to Roald Amundsen. 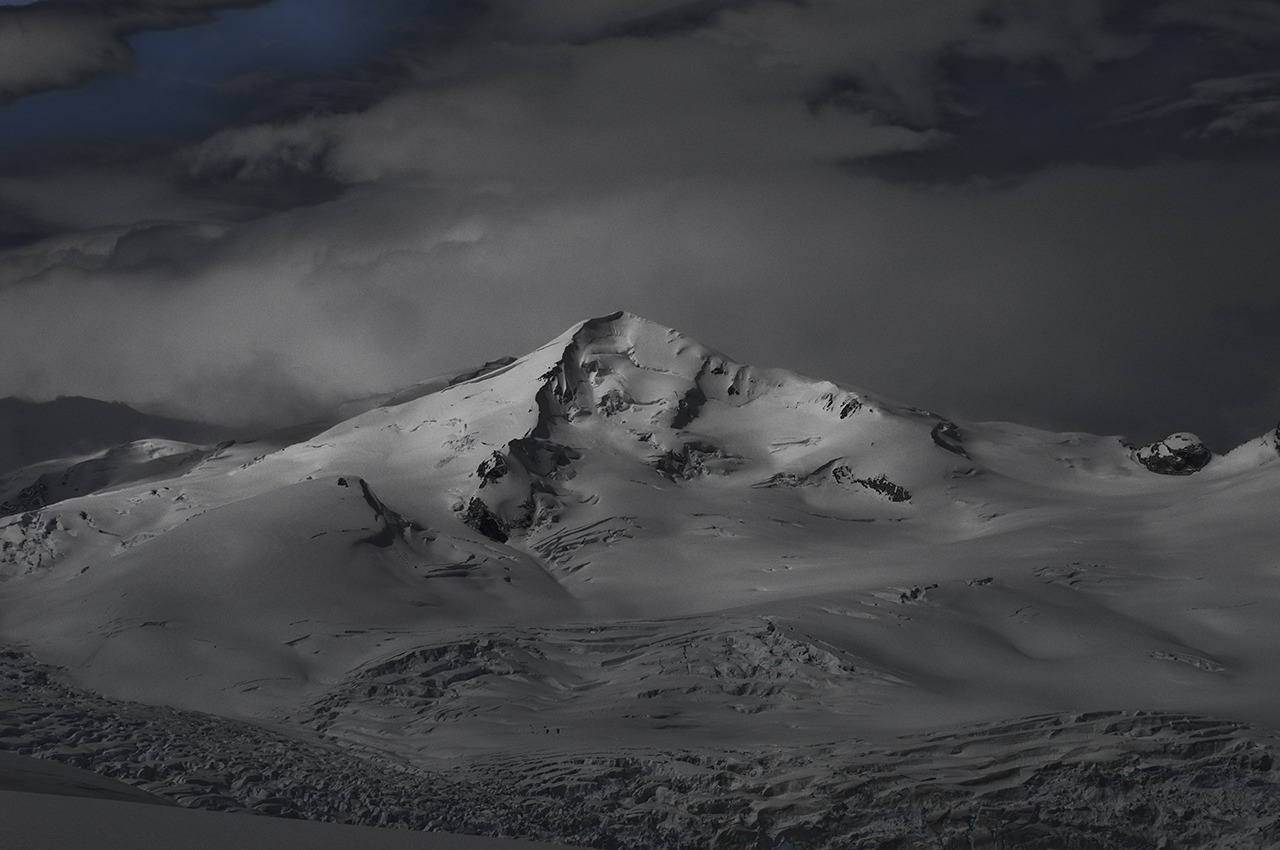